The charm of light Yuki Asuna to save the SAO

Darkness and light that was hidden in the beautiful appearance.The charm of light "Yuki Asuna" to sa

Darkness and light that was hidden in the beautiful appearance.The charm of light "Yuki Asuna" to save the SAO! ? 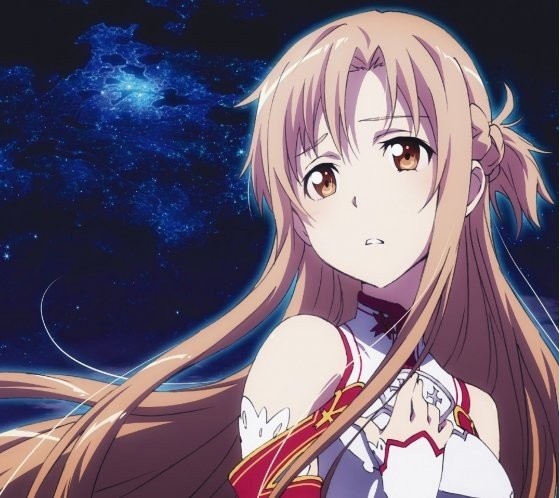 She is called asuna and dives into the world of MMORPG which called Sword Art Online.
asuna will encounter coincidentally a hero Kirito.

So she is strong and weak appearance who attract Kirito along with fascinates.
Kirito will be the story of the key in the story progresses.

When Asuna and Kirito met, Asuna and Kirito open up the way to escape from the crazy world of SAO.
It was born has the power to feel in a world that was hidden the great potential of the game at the same time.
The Asuna charm is such a key character, we will introduce a lot.

She looks like weak,but she has strong mind regardless of the apparent
Asuna (real name: Yuki Asuna) is at first what is hiding himself in the cloak.
but when the cloak has been peeled off ,it becomes visible a beautiful girl with a very cute and delicate appearance.

Although she will be fascinated by its appearance a lot of men later,
her charm indescribably, located in the swordplay.

So, she was recognized even Kirito to manipulate the unique skills <dual wield>, point of a sword is due to the quickness of the more invisible,
we have the strength to not as good as a man. Competitive spirit also also show strong manly one side,but Asuna shows cooking skills completely the in the second half.

clumsy person Competitive spirit and strength is Asuna not inferior to man, but it will Kirito also swayed by its natural sore.

Rudimentary way to know the name of the treatment who are party members (always are out in the upper left corner of the field of vision) and, in spite of the went to scold the lazy and are Kirito, fall asleep together (Kirito is full of chance such as Asuna had me watching), and show the ditz sore like Kirito also become surprised.

Because it is Asuna that does not know rudimentary thing in such a clunker in the battlefield you show tremendous strength, but it does not have a so called only with the natural. She was covered with the strength, the natural is to show suddenly cute to foul the same level.

Regardless of gender, it will be punched out the heart in tighter and tighter.

She is that of Oita destination to show the one side seems such a clunker sore and girls.She is the figure to show first,without trying to Kakawaro exactly the person lonely, was a figure to be trying to hide even his own nature. By she was trapped in a world that HP0 that SAO means the death of reality, felt dead time is spent in the SAO, we have chosen the cheats to (= fight) that in order to return to reality as soon as possible. Such she met Kirito, when touched on the idea that "live in the game" of Kirito, she is released from the loneliness, it did so to show me a smile. Now the game has a strong recognition that it is nothingness era, people who entertain the same thought that she'd often.

But open the she do mind in the game, when you know what's going to have a relationship with others, you will want to very impressed.

It is not in the SAO Hatada of the game. Not is not multiplied by the life, yet also can not run away, Asuna and Kirito trapped in such a world, is the figure which pave the way out are attracted to the charm of each other, not only love, the potential of the game itself It makes you feel.

Kirito has attracted the Asuna of charm, please have a look at the animation.

The charm of light Yuki Asuna to save the SAO